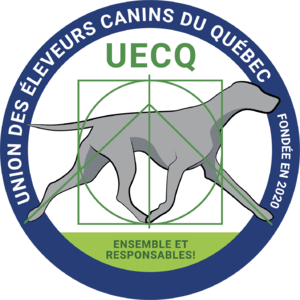 It is with great surprise that the Union des Éleveurs Canins du Québec (UECQ) has read the News Release issued by the Canadian Veterinary Medical Association (CVMA) dated July 29, 2020.  The members of the UECQ are not only astonished by the content of the News Release, but also believe that it constitutes a dangerous amalgam between the Ukrainian International Airlines (UIA) flight tragedy of June 13, 2020 and the health problems that brachycephalic dogs can develop.  Consequently, it seems relevant to recall certain facts and to correct certain assertions.

First of all, it should be recalled that there were more than 500 dogs on the UIA flight, but only a portion of them were brachycephalic dogs.  Furthermore, it is wrong to imply, as the CVMA News Release does, that the 38 dogs that died were all brachycephalic dogs and that this condition was the cause of their deaths.  In fact, the real reasons for the deaths of these dogs was more likely due to the fact that several of them were transported in a single crate, they spent more than 14 hours in cargo without access to water when the temperature was over 30 degrees Celsius outside and some crates were shrink wrapped, which did not allow ventilation inside the crates.  In addition, many dogs had not been vaccinated, resulting in some dogs arriving on Canadian soil being infected with Parvovirus.  Under such transport conditions, regardless of the breed and muzzle length, the dogs’ chances of survival are very limited.

The dogs did not die because they were brachycephalic, they died due to the negligence of the airline company and the fact that Canadian authorities allowed the massive importation of 500 puppies in a single cargo flight.  The CVMA’s blaming of certain breeds is an opportunistic attempt to stir up anti-brachycephalic sentiment and seems to not only be unfair and unjustified, but may also lead to sad consequences for animal welfare.

Indeed, by focussing on the fact that the puppies that died on the UIA flight were brachycephalic, the CVMA is diverting attention from the real source of the problem: the mass importation of purebred dogs and the conditions under which foreign born puppies are bred.  In fact, one might wonder how it is possible that the Airline allowed more than 500 puppies to be transported on the same cargo flight, that the Canadian Food Inspection Agency (CFIA) allowed puppies to be transported under such conditions when this is not the first time there have been deaths on flights, and, that the CFIA Veterinarians did not react when they were informed that a flight carrying more than 500 puppies was scheduled to land in Toronto and only four Veterinarians were assigned to inspect the shipment.

While it is true that the CVMA can and should place a strong emphasis on the need to ensure and preserve the health of brachycephalic dogs, the July 29, 2020 News Release is certainly not the correct way to accomplish this.  Indeed, this News Release makes no distinction between responsible breeders, backyard breeders and puppy mills.  However, all the responsible breeders of brachycephalic breeds that we represent are concerned about the health of their breeding stock and the integrity of their respiratory airways.  Moreover, it is false to claim that they only breed for the “extreme characteristics” of the breed or to have muzzles shortened to such a degree as to render their airways partially obstructed.  In fact, many of our members breed according to Breed Standards, which have been established, in the vast majority of cases, for several decades.  Also, the CVMA’s News Release unfairly blames responsible breeders for the health problems resulting from non-selective breeding that are contrary to the breeding practices of our members.

Furthermore, it has been shown that having a longer muzzle does not guarantee better respiratory health.  The call for a boycott by advertisers is not an adequate response to the problem of mass importation.  Neither is the willingness to breed animals to have muzzle lengths equal to half the head length.  Indeed, we question the appropriateness of this proposal; the muzzle of the brachycephalic dog is currently 1/6 of the head length.  The requirement of the Dutch Registration Club, Raad Van Beher, which is very strongly disputed by the dog fancier and breeding community, is to bring the proportion of the muzzle to 1/3 of the head length.  The CVMA's proposal, which is made without a clear and strong basis, goes far beyond what is required by the Dutch Registration Club and would, if implemented, lead to the extinction of brachycephalic breeds in Canada since it is genetically impossible to bring the muzzle length from 1/6 to half the head length. Moreover, such a situation would not prevent prospective owners from purchasing a brachycephalic puppy, but it would certainly increase the willingness for them to purchase such a puppy from a broker, thereby contributing to mass importation activities.

Therefore, I would suggest that the CVMA refrain from making a general call for a boycott of brachycephalic breeds, but rather work with responsible breeders to preserve and contribute to the breeding of healthy brachycephalic dogs.  Also, I invite the CVMA to contribute and participate more in the training of Canadian veterinarians on the screening for Brachycephalic Obstructive Airway Syndrome (BOAS) in order to better support our breeders in the selection of their breeding stock.